One week from today I will be pouring myself a glass of wine and sitting down to the premier of Andi’s season of The Bachelorette! 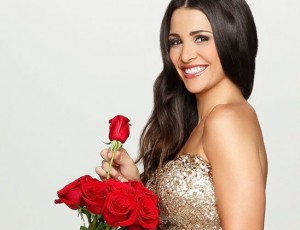 Andi wasn’t afraid to tell Juan Pablo her true thoughts, and had some amazingly hilarious tweets while the show was airing, so I am hoping for great things this season! Without further ado, the contestants:

Brian: This Basketball Coach from Pennsylvania likes The Notebook and reading John Grisham. This combination of interests should serve him well with the hopeless romantic attorney Andi! 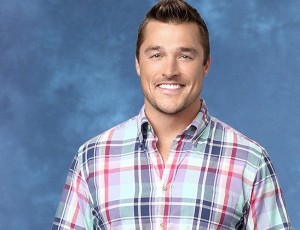 Chris: This farmer from Lamont, IA (population 461) will win simply because he’s Iowan. And no one can resist the charm of an Iowan. Also his favorite movies include Rudy and his biggest date fear is accidental diarrhea. Don’t be strange, fellow Iowan, please don’t be strange. 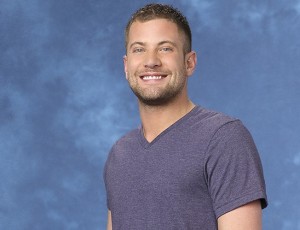 Craig: This accountant from Defiance, IA (population 284) will also win because he is an Iowan. Considering he has stripped, stripper outfit and all, at his uncle’s 50th birthday (his most embarrassing moment), puked on a date of his (worst date memory), and loved the scrapbook he received from a previous girlfriend, my state’s reputation may be in trouble. 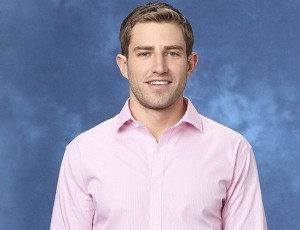 Josh B: This telecommunication marketer from Colorado runs marathons, likes hiking, wishes he could teleport, and wishes he was a professional golfer so he could donate all of his winnings when he gets old.

Josh M: This former pro baseball player was a Georgia Bulldog during his college career. Andi lives in Georgia. His brother was the quarterback at Georgia who just was drafted (Aaron Murray). Andi’s dad LOVES Georgia football. It’s a match made in Georgia heaven.

Marcus: This sports Medicine Manager lives in Medicine Hat, Alberta. He’s a former pro soccer player who loves his mom and lived in Europe for awhile for the whole soccer thing. My favorite quote of his so far? “Corny is good, I think.”

Marquel: This Sponsorship Salesman from California wins my personal award for best fashion in the contestant photo shoot. His typical Saturday night consists of Netflix, cookies, and a glass of wine. He’s basically my spirit animal. 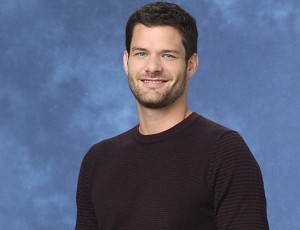 Andrew: This 30 yr old Social Media Manager from California seems fairly normal (so… boring in terms of this show). He clearly watched Juan Pablos’s season since his answer to “I hate it when my date…” was “doesn’t ask me any questions about myself/talks about herself incessantly”. 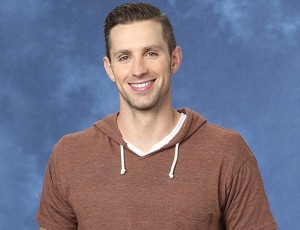 Carl: This Hollywood firefighter has a bulldog named “Archie” and seems to basically eat, breathe, and sleep Crossfit. 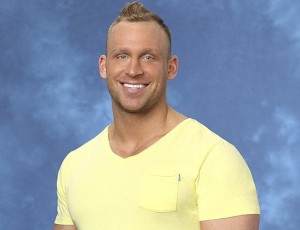 Cody: This personal trainer from Kansas proves everyone who lives in Kansas looks like the previous Bachelor Sean. I will give Cody points for being far tanner than Sean and not maintaining the perma-sunburn I got used to for an entire season of the show. Oh and he has no tattoos because “you don’t put bumper stickers on a Mercedes

Emil: This helicopter pilot from Portland likes to Twerk and hates it when anyone but him is the center of attention. He’s been to 42 states but never to Chicago, which I find odd. He does read books for fun though, which most of the other contestants don’t seem to do. 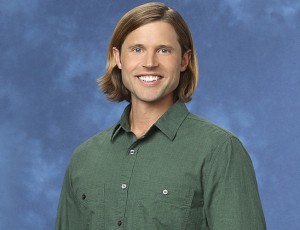 Jason: Ok, so I’m also judging his hair. But if you can manage to get past the terrible haircut, he seems pretty awesome. This Urgent Care Physician seems fairly funny since in reference to his M.D. he said “you know you’ve done something worthwhile if you get some letters after your name.” He likes philanthropists, spontaneity and wishes he had x-ray vision to improve his patient satisfaction scores. 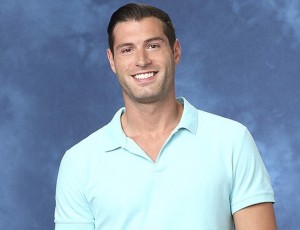 Patrick: This Advertising Executive from New Jersey played soccer in England and Italy. I’m expecting wonderful pickup games based on the roster thus far of former pro soccer players. He likes to surprise ladies he’s dating with flowers, jewelry, spa reservations, and basically everything the show will take care of for him. So he will need to develop a new dating strategy. 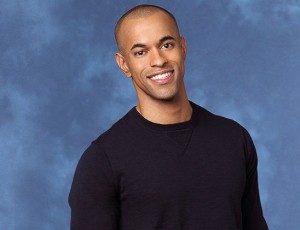 Ron: This Beverage Sales Manager lives in Israel but I think (based on research) he previously lived in Barbados. 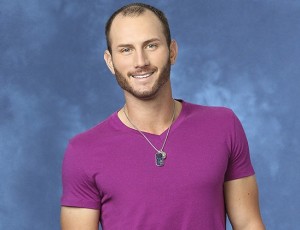 Nick S: This Golf Pro who played soccer at IU (seriously they ALL play soccer!) wants to be the President of the US to “know what it feels like to be the most powerful person in the world.” He seems like a bit of a jerk, but Andi liked Juan Pablo for awhile so that may not be a deal breaker at first for her. 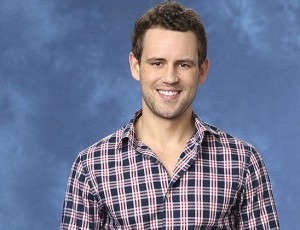 Nick V: This Software Sales Executive from Wisconsin lists “a rose… duh” as his favorite flower. He also viewed a scrapbook as the most romantic gift he’s ever received. Please don’t make a scrapbook Nick, please! 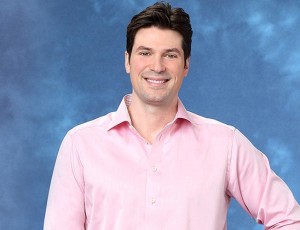 Bradley: This recently divorced Opera singer likes to read The Economist and wants to travel around the world (presumably with his children). 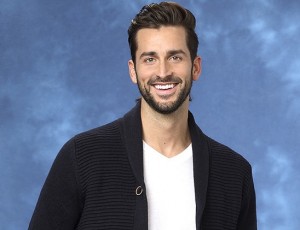 Brett: This hairstylist who appears to have a mini-mullet (seriously… look at the full sized pic here) said he’d like to be “invisible” as his super power. The reason? “To see all the weird stuff people do when they’re alone.” Creepy. 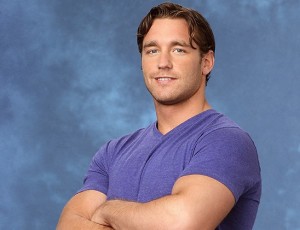 Dylan: This accountant from Massachusetts likes apple juice and Connect Four. Every answer of his incorporated his love for the Red Sox, Patriots, Tom Brady, and the Northeast. I’m not sure Andi, the native Georgian who has never lived outside the South, will be able to talk to him about anything but Connect Four.

JJ: He owns a clothing store (http://hemhaus.com/) that sells items like this gem: I hope he stays around so we can see some more of his fashion! 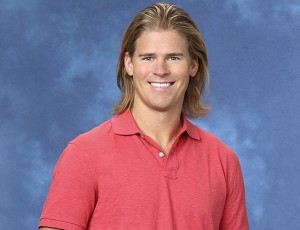 Mike: This bartender from New York likes hiking and sipping hot chocolate under the stars. He’s a bartender at a ski resort and apparently he skis all day while working and gets summers off, to do things like The Bachelorette. 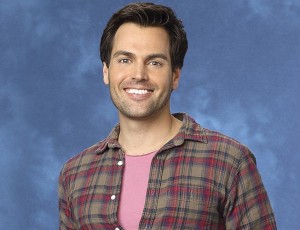 Rudie: This Attorney and hippie from California is a former band member who likes beaches, fun, and likes the Dalai Lama because he’s “rad”. 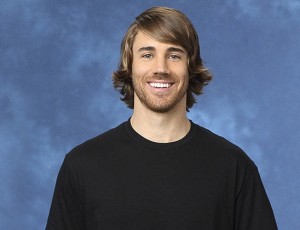 Steven: This Snowboard Product Developer from California likes country music and almost everything outdoors. He would like to travel in time to the Cretaceous period because “it would be awesome to see a T-Rex.

Tasos: This wedding planner (and it appears aspiring musician) from Denver, if he could be someone else for a day, would be Mick Jagger for the “rock star life and fortune”. Not sure if that lines up with Andi’s good-girl gang prosecutor image.

For those of you who don’t know, contestant Eric Hill died during production of the show. This 31 year old explorer from California had one of the best/coolest/most genuine overall bios of the group. You can read it in its entirety here: http://abc.go.com/shows/the-bachelorette/cast/10-bachelor-eric 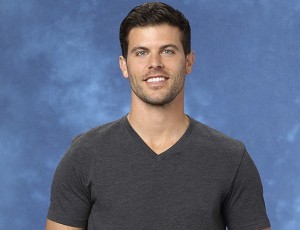 Note: All pictures and bio information from ABC.